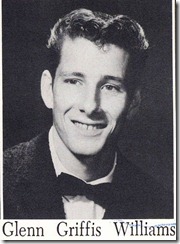 Mr. Williams was a lifelong resident of Wellborn, Fla. and was the son of the late Luther Virgil & Elsie Willeve Wade Williams. He was of the Baptist faith and a member of Wellborn Baptist Church.

A graveside memorial service will be conducted for Mr. Williams Friday, Aug. 9, at 10 a.m. in the Forest Lawn Memorial Gardens Cemetery with the Rev. Robert Sullivan officiating. In lieu of flowers, the family requests that memorial donations be made to Hospice of North Central Florida, 1900 Florida Gateway Center Blvd, Lake City, Fla. 32024.

Sherrill-Guerry Funeral Home, 616 South Marion Street, is in charge of all arrangements.