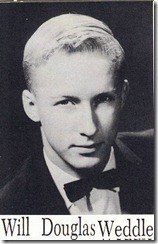 A native of Indianapolis, he lived in Tampa for seven years before moving to Daytona in 1992. He was a mobile home sales representative for C.J. Stoll, Baptist and Mason.

He is survived by a daughter, Scarlett Shick of Deltona; two sons, William Shawn of Daytona and William of Deland; and a grandchild.