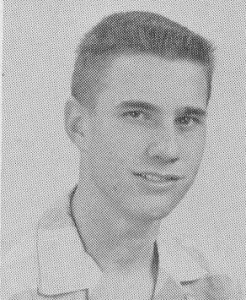 Michael Roland Barcia, 65, passed away Sunday, September 23, 2007 at the Hadlow Community Hospice Center after a courageous battle with cancer. Mr. Barcia was born in 1942 in Miami, FL and the family moved in 1952 to the Lazy “P” Farm in Lake City, FL. As a young man, he joined the U.S. Army and spent three years in Germany before settling in Jacksonville. He was the owner of Godfather Concrete Service for many years and later became partners with his friend Jeff Logan in Logan Contracting. He was an avid sportsman who loved fishing, hunting and scuba diving. In 1969 he joined the Jax Reef Sounders Scuba Club and made a host of special friendships that lasted throughout the years. He was a member of the First Baptist Church and especially loved being part of the Henry Luke Sunday School Class.

A memorial service will be held at 2:00 p.m., Wednesday, September 26 at Hardage-Giddens Funeral Home, 11801 San Jose Blvd., Jacksonville, FL. In lieu of flowers, donations may be made in memory of Mike Barcia to Community Hospice of Northeast Florida, 4266 Sunbeam Road, Jacksonville, FL 32257.