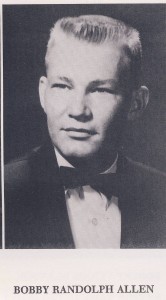 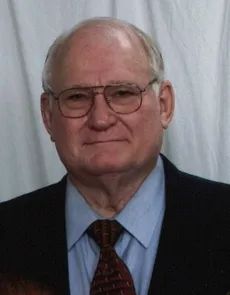 Bobby was born on the FSCW farm to Noah Waldo and Minnie Sayers Allen on November 9, 1942.

He was a husband, father, friend, patriot, and amazing aviator. Bobby attended Columbia High School in Lake City and, later, Troy State University at Fort Rucker, Alabama. He received a B.S. in Business, Commerce, and Business Administration. From 1966 to 1977, he was a Captain in the Florida Army National Guard. In 1980, he returned to active duty in the U.S. Army. He was a Chief Warrant Officer, serving two tours in Vietnam and one tour in Korea. Bobby had a love and talent for aviating, particularly the Bell UH-1 Iroquois, or Huey, helicopter. During his time in service, Bobby received the Bronze Star Medal, Air Medal and 21 Oak Leaf Clusters, Staff Service Medal, Vietnam Cross of Gallantry, and the Australian “Unit Citation for Gallantry.” After his military retirement, Mr. Allen worked for the Florida Lottery and Admissions at Florida State University. Though he was a humble and modest man who would be the last to tell you, Bobby was an extraordinary person.

He is preceded in death by his parents, Noah and Minnie Allen; and grandparents, Henry Allen, Sara Priscilla Barineau, Young K. Sayers, and Roxie Sasser.

Bobby Allen will be inurned at the Tallahassee National Cemetery.